Jacob: From Deceiver to a Man of Truth 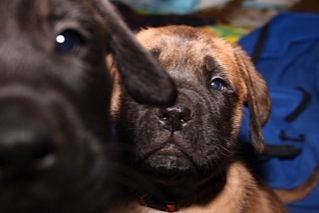 The Story of Jacob is a lesson in parallels, as often occurs in Biblical texts.

Jacob flees Esau:
He meets 3 flocks of sheep by the well, Rachel arrives last, he embraces her and cries. (Supposedly because he knows he has nothing, and cannot marry. Seeing this woman, whom he is immediately drawn to, drives home his desperate situation.)

Jacob meets Esau when he is returning:
He sends 3 flocks of sheep, he arranges for Esau to meet Rachel last, he embraces Esau and cries.

Jacob has the wealth of the land and the girl. He attempted to steal the blessing from Esau, now he attempts to bless Esau (reversal of behavior- repentance, new behavioral paradigm- though not perfect since it is still based in fear, it is at least not an attempt at deception, but a straight-forward dealing with the issue.) Jacob now has married the girl and has wealth and a family of his own (a reversal of fortune). He embraces Esau, and Esau embraces him. He is returning to family, where before he was estranged, running from family.

Jacob is known in Christian circles as the deceiver, but in Jewish circles as a man of truth. Here we see the turning point where Jacob goes from being a person who sets up a deception to get what he wants, to a person who handles situations in a straight forward, much more honest manner, and lets the chips fall where they may. He is becoming a man of truth, and has apparently learned that a life of deception is just not worth it.
Where are you in your journey? When you mess up, do you face your fears head on or do you make excuses and try to deceive people into thinking the situation is other than it is? How does this look in our lives today? When you forget to call someone, do you say that you did and they just must not have gotten it, or that you must have misdialed? When you drop the ball, do you admit to your mistake and do everything in your power to go above and beyond to try to fix it, or do you make excuses and blame other things, stating it was not your fault, spending more time and energy on deception than on actually fixing the problem? When we examine our lives, we often find that in the little things, we may be more like Jacob the deceiver, than the Jacob, who faces a brother who can kill him, head on. And, when we realize that most people just do not waste their energy confronting small lies, but do know they are being lied to, we begin to realize that the small lies are ruining our reputation and hurting our relationships, and are really just not worth it in the end- a lesson Jacob learned in a much larger way!