How We Home School 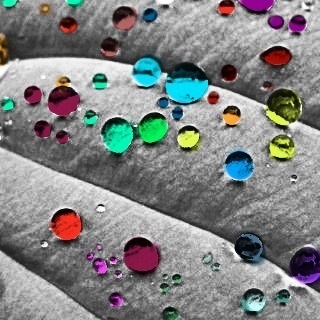 Now this is a much more difficult post to write because how we do things has changed over the years. And it needed to. Different children need different things, and what they need, especially regarding structure, changes as they age.

In the beginning, when I was home schooling a second grader and pre-schooler, we sat on the floor a lot. The baby could crawl around and we worked until the child became bored, then took a break and returned. There was no pressure, and we went out and about a lot. My children enjoyed their work, and often sat down with their books and went ahead on their own. (My suggestion for this age is to buy curriculum with a lot of colorful pictures. The more the children are drawn to it, the more they will do. Also, make sure there is not too much on each page. Too many tasks in too little space overwhelms younger children, and some older ones too!)

When we added more children to our home school (7 in total) we woke up at 7 am, had a quick breakfast and got to work. There was a timer set to 30-minute intervals. If you were done with the work I assigned, you got a frozen Juicy-Juice ice cube (for some reason my kids loved this- use what works). If you did not finish the remaining work was put away and was ‘homework’ for later when the other children had free time. After the Juicy-Juice cube another subject was pulled out, and I corrected the papers while they worked on their next 30-minute task. (One of the advantages of home schooling is that mistakes are caught early and corrected.) When all of the subjects were done we had lunch. After lunch the children worked on their ‘corrections’ so there was an incentive to do things right the first time. Home school was not done until Mom was sure you knew what you were doing. Then any work you had not finished was to be done while the other children played, or watched TV. (Another incentive to work hard when you were supposed to.) We also had devotions at night, before bed, so Bible teaching was not considered a ‘chore’ they had to do.

Later the Juicy-Juice cubes and timer were no longer needed. The children had gotten into the habit of working well, so we continued to wake up at 7 am, but I merely sat in the room, available for questions and I monitored the situation. We also did a few subjects together as a family now that our adopted children had ‘caught up.’ We then introduced the concept of doing the work you do ‘alone’ beforehand, whenever you have free time (before bed, waiting for music lessons etc), so you have more time to do other things during the day.

My oldest three children never enjoyed school that much so they needed the daily structure. After they left the house things changed radically. My youngest three now do most of their work on their own whenever they have time. As long as it is done before it is due, I am fine with this system. We have an inbox that I check regularly and I make them a list of their daily assignments for the year before the school year begins. They can even begin during summer break if they would like. As long as they are completing assignments in a timely manner they can sleep in as long as they wish (The perk that drives this awesome behavior.). Or at least until we do the subjects we do together. Last year we gathered together at 1 pm. This meant some of my children slept until then and did their work at night. This was a little too late for my tastes so we now gather at 11 am. We are working on Science, Philosophy and Greek as a group this year. I am working on having them take notes as if they are in a college classroom, so I lecture and use my dry erase board. But it is still somewhat relaxed. If there is nothing to put on the board I sit sideways with my feet on the corner of my desk and the children are free to interrupt and ask questions at any time. Because the setting is so laid-back we explore many ‘rabbit-trails’ in addition to the work at hand.

I recently asked my son, who is a freshman in college studying engineering at a very competitive college, if there was anything we could have done to better prepare him for college. He said ‘no.’ He pointed out that the freedom of home schooling taught him how to budget his time better than his peers, and that he seems to have more self-confidence than many of them. He did say that his ability to sit through long, one-sided (no discussion) lectures could have been improved with practice, but he believes he would have learned less if we had used this method.
The biggest problem the home schooled children we know have upon entering college is just remembering to put their name on their papers. (Mom usually knows whose is whose*.) and they don’t all know how to open those silly little cardboard milk cartons in the cafeterias that still have them.
*With seven children ours did need to put their names on most things. My three youngest children developed their own unique signatures for this purpose. Their professors will just love this… (sarcasm)

We have always done a lot outside the home. We participate in a home school co-op, but do not consider these classes to be part of our core curriculum. This is ‘fun’ learning. We are involved in whatever our church, and other churches our friends go to, offer. (We do not limit ourselves since they have many friends through co-op who go to different churches, this gives them extra time together.) We also play, and usually invite others to come along. We do the normal things like bowling, hiking etc. but also explore new things like cake decorating and pottery classes, or going to the opera (which we discovered most of us enjoy).

When all seven were home this was our week:
Monday: Co-op/music lessons/boyscouts (This started in the afternoon so school work was done before we left.)
Tuesday: Home school skating at a local roller rink then karate lessons
Wednesday: Wednesday night church school for all ages (more fun than it sounds)
Thursday: Home school gym and swim then bowling league
Friday: Karate lessons
Saturday: Youth group/ boy scout activities
Sunday: Sunday school, church and night service at church (again more fun than it sounds, the children have age-appropriate classes)

As the children grew they became involved in their own activities and/or worked. Some of them joined sports teams and occasionally played for the local school, which is allowed in New Mexico. Some could also drive, which helped. (Driving age is 15 in New Mexico, which, for a home schooling family, is awesome.)

There were also field trip days- lots of them. What I do to accommodate these days is two-fold:
1. I schedule lightly on Fridays so I can flex work onto that day if necessary.
2. We have a ‘half-day’ plan. If I say that today is a half-day then they do 1/2 of any problem set, and read the passages assigned without doing the questions. (Mom can spot check to make sure you read.) Labs are moved to the next day, and the assignment for the next day is done today. (Unless you want to do the whole thing on Friday.) Most of the time my children finish their assignments in the car. (We often have to drive a distance to get to these events.)

And then there are chores:
My motto (once the kids are old enough) is that I did not make this mess, so I am not going to be the only one cleaning it up. That being said, here is some of what we did:

When the children were younger there was a lot of clutter so we picked up as a family and vacuumed as needed every night before bed. They also had individual chores.

When the children were old enough to want money we allowed them to sign up for chores. The more they did, the more they earned. Some chores were one-time events, while others were daily or weekly. They fought over who got to do what at times, which is not a bad problem to have!

They also did their own laundry at a young age. This was not my plan. My husband decided to take over the chore and then quickly delegated it to the kids!

As they became older, and there were less of them in the house, we cleaned well once a week. Sometimes we worked as a team and other times we picked rooms that each was responsible for and got them done. Some rooms are tougher than others, so they each took a heavy and a light one, or one room counted as two. When they picked rooms Mom did not have to clean. This was the perk they decided on since the system allowed them the flexibility to do things in their own time, which they enjoyed. So we either cleaned as a family, with Mom helping, or we picked rooms. If the rooms were not done well, then the next week we cleaned as a family because obviously you need Mom to supervise! So while it was never as clean when they picked rooms as I would have liked, there was a limit to how bad it could get.

We then hired a cleaning service. (Many of the children had jobs and other things that kept them busy.) Now they rotate doing the dishes. The dishes are ‘theirs’ until they do them. If they ‘forget’ on their day, the dishes pile up and they do more. We try not to nag and badger them, but rather we allow natural consequences to take effect, in this case, the longer you wait the more dishes you will have to do. They also each have an individual chore and can be asked to pitch in and do anything when needed, including cook a meal.

One of the things I have learned is that it is not good for me to be ‘super-mom.’ Super-mom does everything for her children and makes sure everything is ‘perfect.’ Children then learn to be lazy. (At least mine do.) If they do a poor job, or wait long enough until Mom is sick of the mess, she will do it for them. She may nag, but this is a small price to pay for getting out of the work. This is counter-productive to raising adults who are competent people with servant’s hearts. Not being ‘super-mom’ also allows me to have some free time too. (Hence this blog…) Enjoy!

Why We Home School