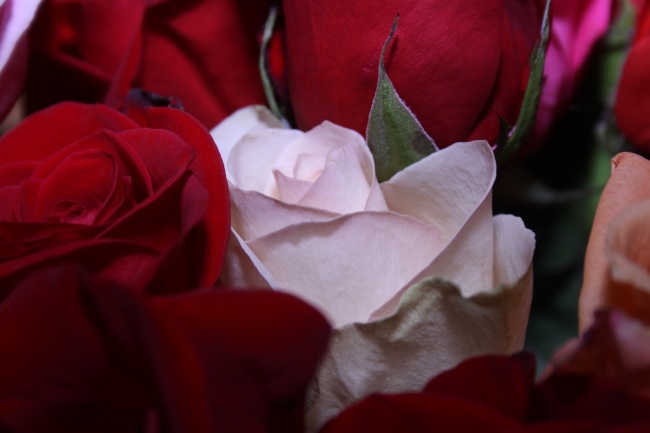 One of the fallacies perpetuated in the church is that women are emotional while men are not. While, in truth, this statement does more to deprive men from healthy emotional expression, it is also commonly used to put down and undermine women in the church. So let us look at scripture, as it pertains to emotion:

Men in scripture cry, a lot. And for many, many reasons. Being reunited with estranged relatives (Jacob and Esau, Joseph and his brothers), for the death of loved ones (Jacob, Abraham), because people are speaking badly of him and life seems to be overwhelmingly (David), when their inheritance is lost (Esau), for the state of a nation (Jesus) and when they are in real danger or pain (Jesus, David). Weeping is not reserved for women, and there are more scriptural examples of men crying loudly about life’s injustices than we have of women doing the same.

Although Eve was deceived, Adam sinned purposely and brought death into the world. Sinning on purpose is always worse than sinning because one was deceived, so it makes little sense that this is used as an argument for why men are more fit to lead. But deception in scripture is not limited to the female. Jacob, Isaac, Laban, multiple kings who believed Abraham or Isaac’s wife was their sister etc were also deceived. There are also lists for what to do when you realize you have sinned unintentionally. Being deceived is not limited to the female, nor are the majority of examples in scripture of people being deceived of women. Deception seems to be an equal opportunity problem. Perhaps this is why a man is to choose a wife who is wise and offers good counsel….

3. Women do not have the fortitude to lead.

There are many examples of women in scripture demonstrating leadership qualities and saving the day while the men were somewhat confused. Samson’s parents (Judges 13): The Lord speaks to Samson’s mother, not his father, first. When the Lord appears again, his wife takes him along to hear what He has to say. The husband then freaks out a bit, and his wife uses logic to reassure him that the Lord would not give them a prophecy then cause them to perish from being in his presence. There is also Deborah, who leads in battle when Barak is overwhelmed, the daughters who build the wall with Nehemiah while some elite men deem themselves to be too good for physical labor (Neh 3:12). Then there is the women who throws the millstone to save the city (Judges 9:53), as well as the one who has Sheba’s head over the wall (2 Sam. 20:22). The Queen of the South is also used as a witness to the wisdom of Solomon as a result of her testing (1 Kings 10:1, 2 Chron 9:1, Lk 11:31, Mt 12:42). Even Abraham was told by God to listen to his wife Sarah even though her wishes regarding Ishmael were in conflict with his (Gen. 21:12). (Sarah’s role as a parent becomes even more apparent when one realizes that Abraham had many sons, while Sarah had just the one. Gen 25:1-6) Women, good women, are typically portrayed in scripture as having wisdom, and making sound decisions that people respect and obey.

4. Women are nurturing, while men are less so.

God Himself uses feminine, nurturing adjectives to describe Himself. If Jesus Himself weeps and uses nurturing imagery to show Himself as a man who longs to gather His people to Himself, then a true man, walking in His footsteps should be able to do the same.

Paul too uses traditionally feminine imagery to describe himself and the others with him. (1 Thess 2:7 They were like nursing mothers.)

5. A woman’s role is to teach other women and children.

There are more admonitions for men to teach their children than there are for women to do the same (though there are enough examples to prove that both are to instruct their offspring) and God states that on the new earth He will teach the children himself, indicating that teaching the children is the most important job there is (Is. 54:13). The Queen of Sheba tests a man, Solomon’s, wisdom, Priscilla co-teaches Apollo with her husband, Phoebe delivers the letter to the Romans and Julia is an apostle. The women are also the first to be charged with the message, ‘He is Risen.’ Women throughout scripture do more than work with children. They are a vital part of Jesus’ ministry, supporting the men financially (Lk 8:3). Women also run vineyards, work as shepherds, build cities, lead wars and make brave, quick decisions that lead to the defeat of the enemy (Judges 5:26). They also serve as leaders, prophets and have jobs at the Tent of Meeting (which seem to disappear after Eli’s sons rape them, not the women’s fault.) Women are more than capable of emotionally handling much more in life, and there are women in scripture for them to look up to as they do.

Further Jesus gathers the children to Himself, even though the disciples tell them to go away. Jesus, a single man, loves and is comfortable with kids. He also allows them to be present when He teaches (something not done during this time in history). Paul also has children he is close to who pray for him (Acts 21:5).

The psalms contain some of the best examples of worship and praise as well as examples of crying out loudly and emotionally to the Lord. And ironically, they were written by men, and many by a great warrior named David. He poured out his heart and soul in everything he wrote. Strong emotions resound, yet David is a man…

7. Women are better at relationships than men.

Many women do excel at relationships, but men in scripture are not lacking in this department. Isaac is caught caressing his wife in public, David and Jonathan are often used as an example of true friendship and the greatest love song ever written, The Song of Solomon, was written by a man. Men have relationship skills and, if allowed, may excel in this area as well.

8. Men are protective, while women are nurturing.

Except the Bible describes women as the protectors as well. It is the mama bear, robbed of her cubs who is fierce (Hosea 13:8) and God describing Himself as a mother who rescues you. (Is 46. 3-4) While men do feel a need to protect their young, it is not limited to the masculine.

Joke: A comedian once said, ‘Women traditionally have had no interest in auto-racing, but if you strapped a baby needing to be rescued to the pace car, no man in the world would be able catch up.’ Women too are protective.

While men tend to possess more physical strength (though this differs on a case by case basis, and women tend to survive harsh conditions better so there is a trade off) the type of weakness attributed to women is often not a physical, but a psychological weakness. Again, referring to scripture, there seems to be more cases of men falling in the area of moral fortitude than women, especially when it comes to the female. Lust takes down more men in scripture than their female counterparts (though we do have Gomer…). It is therefore the male, not the female, who has much to learn in this area. But that is the point. We are to learn. We are to mature and overcome. Scripture is not about staying weak, but about becoming a mature, stable, capable human being. And this admonition to emotional maturity is not limited to the male.

So, men, as well as women, are to be fully emotionally equipped. But those emotions are to be handled maturely, and there are examples of mature men and women who showed both wisdom and self-control throughout scripture. To say that ‘women are emotional’ is to not address her need to mature out of petty things. To say that men are not emotional is to deprive a man of his right to express what he feels. Neither is good. Emotions, when handled appropriately, are a God-given gift that every member of the Trinity also possesses. To deny or belittle their place in the human experience is to be less than the image-bearer of God, and to deny that we are to love Him with all of our strength, mind, heart and soul. (Luke 10:27) Emotional maturity is therefore the goal for all Christians, male and female.